In 1998, at the request of Escuela de Arte Ecuestre Costa del Sol in Estepona Spain, one of the most renowned equestrian centers in Spain, he joined them as their Facilities Manager. Hicham remained at this establishment, overseeing the care and organization of a 160 horse operation, specializing in show jumping and international competitions. He was then honored with the privilege of overseeing the logistics and horse care for the Moroccan show jumping team whenever they visited for competitions in Spain. In addition to his manager duties, Hicham also maintained his skills as a jumping instructor, developing riders from youth through adults. In 2010, he was recruited as Facilities Manager and Head Instructor at a riding academy in the United States. There he was responsible for the care of both privately owned and schooling horses, as well as training, sales, and client relations. In 2015, he was invited to be a part of the Skye Acres team as Facilities Manager. He brings his numerous years of diverse experience in equine management and training to maintain the highest level of horse care at Skye Acres Equestrian Center.

Honored by the American Riding Instructors Association with the title of Master Instructor, Raul is an internationally acclaimed clinician in Equitation, Dressage and Jumping. He has been sponsored to train students and Instructors by the FEI, the IOC and the National Equestrian Federations in seven countries. Director for six years of the International Equestrian Institute at Morven Park. Recipient of the ARIA International Instructor of the Year award. His students and horses appear as demonstrators in Bert de Nemethy's video series. He has trained riders in the US

Hicham established his extensive riding career at the young age of eight. Growing up in Morocco, he developed as a junior rider, receiving advanced rider diplomas and competing all over the country. Hicham trained at the esteemed Royal Club Equestre Dar Es Salam, an equestrian center founded by King Hassan II in 1971, and home to many national and international competitions – including the prestigious Morocco Royal Tower and the championships of Morocco. While competing, he received numerous awards, progressing through the divisions.

Patty brings her students a lifetime of experience with horses. She teaches children and adults of all levels with an emphasis on good riding basics and foundation as well as safety.

Patty specializes in hunters/jumpers and equitation. In her 25+ years of teaching she has brought students from beginners to qualifying  for the Medal and Maclay Finals, USEF pony finals and numerous others. Her students have won blue ribbons and championships from Harrisburg and Washington.

Her students' success at local horse shows earned her the title of  Long Island Professional Horseman's Association (LIPHA) Leading Trainer in 2016 and 2017.

​and abroad to win national and international awards in Equitation, Jumping, Dressage and Eventing, including Individual Gold Medals in the Olympic, Pan American and Central American Games. His students have won four USDF Regional Dressage Championships in Region 8. Raul is available for lessons from the beginner to the professional levels on Long Island as well as for clinics, lectures and Instructor training. 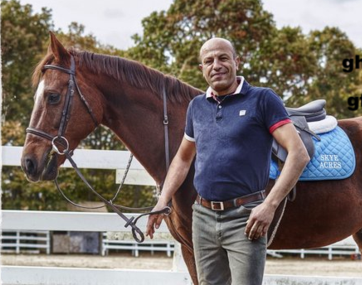 A Long Island native, Natalie began riding at age 9. By 11 she was competing in the Big Eq (hunter jumper) through her junior years. Natalie spent many years riding, training and coaching alongside Patty Messina with First Edition Farm. She helped numerous young and adult riders enjoy riding, showing and horsemanship. With 40 years experience in the horse world she is keen to pass her knowledge and expertise to her students.

She takes great pride in the equestrian accomplishments of her daughter Jessica who is a successful rider. 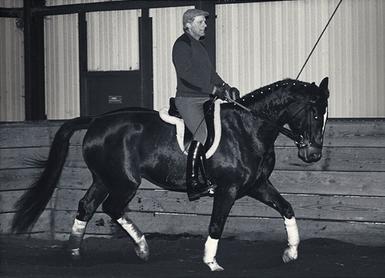 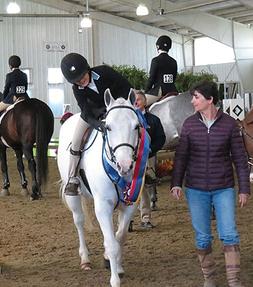 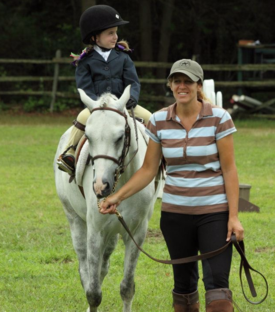 At 11 Patty was the first winner of the National USEF (then AHSA) Pony Medal Championship. Starting at 13 she qualified and competed at the Medal and Maclay Finals for five years in a row and won a USET bronze medal. Besides equitation, Patty qualified and competed successfully with her junior hunter at Devon, Harrisburg, Washington and the National Horse Show. While in college her blue ribbon round in Open Over Fences at the IHSA Nationals gave her team the points needed to win the IHSA Cartier Cup Championship. At that time she also qualified a young green horse in one summer for both the Amateur/Owner and First Year Greens at Harrisburg and Washington.

Patty trained and rode several horses to Pre-Green and First Year Green championships in the LIHSAA End-of-Year Awards as well as qualifying for indoors and Devon.​

As a mother of two daughters, Patty believes that horseback riding is a wonderful gift that we can give children thanks to the patience, confidence and determination they develop when riding and showing. She is proud of all her students and is happy to be a part of their lives. It is not unusual for students and their parents, long after the junior years have passed, to come back and say "those were the best years of our lives".